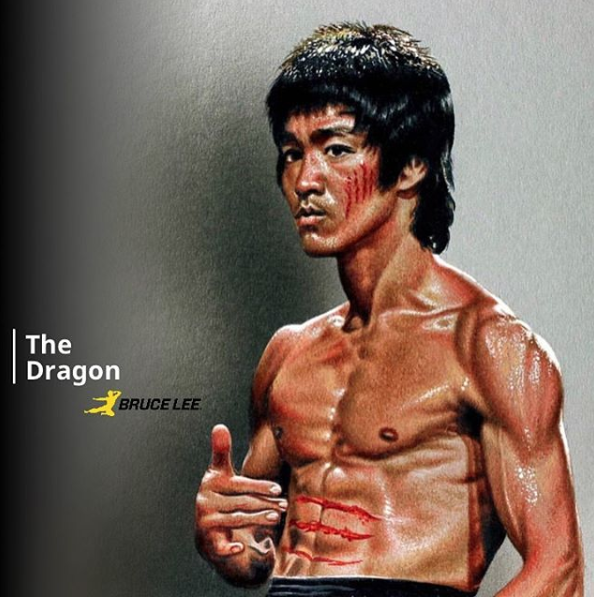 “Absorb what is useful. Discard what is not. Add what is uniquely your own”

WAY OF THE INTERCEPTING FIST

Jeet Kune Do, also known as Way of the Intercepting Fist, was Bruce Lee’s personal martial art style. He developed it with the idea of being more flexible and practical with martial arts techniques. In doing so, he commonly considered the greatest martial artist of the 20th century.

His Jeet Kune Do instruction was a premium in the highest demand and commanded a staggering $275 an hour. His students consisted of some of Hollywood’s most elite, including Kareem Abdul-Jabar, Steve McQueen, James Coburn, Joe Lewis and Chuck Norris.

In many ways his celebrity gave him a parallel to the characters he portrayed as he was contantly being challenged by movie extras and other men who could get near him seeking to gain fame by beating him in a fight. Many tried, but he was never beaten.

His last film was “Game of Death” and was his only film to be shot with sound. His earlier films were shot without sound and the voices were later dubbed in.

Nunchaku were Bruce Lee’s hand weapon of choice and when wielding a pair he was an undefeatable force. He developed his legendary routine under the instruction of karate master Hidehiko “Hidy” Ochiai. The two men first met at the Los Angeles YMCA in the mid-1960’s.

Bruce Lee’s ultimate secret was his lightning quick speed. To demonstrate he developed a trick where he had a person hold a coin and close his hand around the coin, but before they could do so Bruce would quickly remove the coin and replace it with another most often without the participate even realizing what had happened. When they opened their hand, it would be the new coin.

As most know, Bruce Lee’s death was deemed to be extraordinarily bizarre. Motivating many to be belove it was the work of “Oni”, a Japanese term for demons or evil spirits. This curse apparently carried on to his actor son, Brandon Lee.

Another claim to fame was Bruce mastered a technique called, “The One Inch Punch”. With it he could deliver a devastating body punch just with his fist just a mere inch from his target.

Elvis Presley and Ed Parker had a pet project film they were constructing in 1973 and 1974, but then suddenly it was forgotten until 2003 when the footage resurfaced. The film is basically groups of martial arts experts going at it. The cast reads like a ‘who’s who’ of the martial arts world of the time and although he is not featured in the film, 20 minutes of never-before-seen footage of Bruce Lee was also discovered with this lost footage.

When he passed away on July 20, 1973 Bruce Lee was only 32 years old was 5’7″ and weighed 128 pounds. He might have been small in stature but was one of the all time greatest film stars and the most accomplished martial artist in modern history.